skip to main | skip to sidebar

A Terrorism Liaison Officer (TLO) is any peace officer, firefighter, state investigative personnel or anyone working closely within the public safety orhomeland security community, who has been properly certified by the appropriate Regional Terrorism Threat Assessment Center (RTTAC).

The TLO originated in California based on the need for informational conduits within all public safety agencies, including federal, state, local and tribal levels, to share information with a nexus to terrorism. The TLO courses are designed to train personnel to recognize the signs of terrorism and to provide up to date relevant information regarding activities related to terrorism.

“In addition to providing the community with trained personnel to recognize the signs of terrorism, we are also enhancing our organization’s capabilities by utilizing up to date and relevant information for our exercises” Alan Jaeger said.

Posted by Center for Asymmetric Warfare at 10:06 PM No comments:

On Thursday, June 24th the Naval Postgraduate School, Center for Asymmetric Warfare provided Subject Matter Experts for the Los Angeles County Executive Workshop Meeting at the County’s Emergency Center. The meeting was the second in a series to continue the exercise and training events leading up to the Functional Exercise for “Operation Golden Phoenix 2010”. In attendance for the combined exercise and training event were 35 key managers and executives fromLos Angeles County.

OGP-10, sponsored by the U.S. Department of Homeland Security (DHS) Science and Technology Directorate, is a training exercise that will explore the emergency response and management following the detonation of an improvised nuclear device in the Los Angeles metropolitan area.

The Center for Asymmetric Warfare’s team was led by Scott Brewer, who is an expert in emergency management. In addition to the NPS team, other experts from the Department of Public Health and DHS ICBRNE team provided presentations with a realistic scenario of what the county would face in the event of a nuclear bomb attack and what tools are available to responders and emergency managers.

Following the expert’s presentations, the participants were asked to discuss and explore a number of “policy level” issue that included responder safety, evacuations, public information and education and future planning needs.

As part of the program, the attendees were introduced to Integrated Chemical, Biological, Radiological, Nuclear and Explosive program (ICBRNE). This technology allows multiple agencies to obtain, view and use real-time data from various sensors deployed in the field. The technology could be used to coordinate evacuations and help first responders work in non-contaminated areas following a terrorist attack.

“This is a low probability, high consequence event,” a top official at the event said. “We would not be doing the right thing for the citizen of Los Angeles County if we didn’t consider all the ramifications and consequences of such an attack and prepare for it.”

Officials were quick to point out that while they are investing a great deal of time and resources in Operation Golden Phoenix, there are no known threats to Californiaor the County of Los Angeles. The attendees recognize the value in training events such as these to keep the department’s communication open and to confirm assets, roles and responsibilities in the event of any disaster.
Posted by Center for Asymmetric Warfare at 11:06 AM No comments:

On June 9, 2010, The Naval Postgraduate School, (NPS) Center for Asymmetric Warfare (CAW) in conjunction with the Pacific Northwest National Laboratory (PNNL) hosted a Tabletop Exercise as part of “Operation Golden Phoenix” (OGP) 2010 Exercise series. Over 170 participants from 80 agencies participated in this Tabletop Exercise. OGP is a series of training events designed to explore the emergency response and management following the detonation of an improvised nuclear device in the Los Angeles metropolitan area. The exercise program is sponsored by the U.S. Department of Homeland Security (DHS) Science and Technology (S&T) Directorate who’s Program Manager, Theresa Lustig, was in attendance at the event.

The Tabletop Exercise was designed to provide training and facilitated discussion on the types of resources, capabilities and subject matter expertise available at various levels of government and from supporting organizations.

David Lamensdorf, President of Safe Environment Engineering and Ron Kimmelman, IT Manager for CAW teamed up for a demonstration on Interoperability technology that is available as a resource to manage information during a crisis of this magnitude. The Integrated Chemical, Biological, Radiological, Nuclear and Explosives Program, provides an instantaneous way to share and collaborate CBRNE information across region, state, nation or beyond.

The participants were presented with a scenario, which was developed by the CAW team. One of CAW’s responsibilities is to develop realistic and robust scenarios which assisted in driving discussion among participants.

Participants were then divided into breakout groups such as field level, local government, operational and state, federal and military. The breakout session focused on the issues surrounding emergency response and management during the first 12 hours of the incident. As the exercise progressed, the agencies were provided with scenario updates.

The results of the breakout sessions were briefed back in a panel discussion format that included; field level, local government, operational area, state, federal, military and even Public Information Officers (PIO).

The OGP TTX and Training was designed to stimulate planning activities and initiate preparations for the July 28 OGP-10 Functional Exercise. Events in addition to the Functional Exercise include: Los Angeles County Executive Workshop, Communications Exercise and an After Action Conference.

Posted by Center for Asymmetric Warfare at 11:26 AM 1 comment:

CAW Asks the Question: How Safe are CA Oil Platforms From an Oil Spill? 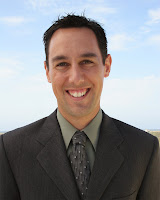 After the recent oil spill in the Gulf of Mexico, there has been a lot of speculation about whether a similar catastrophe could occur off the coast of California. There are currently 27 offshore oil platforms and 5 oil islands operating off California's coast - much less than in the Gulf of Mexico. However, it only takes one similar failure to create an equally devastating environmental and economic crisis. In an effort to start a dialogue about the safety of California offshore platforms, Brendan Applegate, an Exercise Manager at CAW, spoke with a representative of the Minerals Management Service (MMS), who explained the critical differences.

What he found is that there are several significant differences between BP's Deepwater Horizon platform that exploded and sank in the Gulf of Mexico and what is being used here in California that make it unlikely that such an incident would occur here.

During an Oil Platform Security Exercise conducted by CAW in 2008, platform operators from Venoco and Pacific Energy spoke of a "failsafe" mechanism installed at the bottom of the ocean, below the mudline, that would keep oil leaks similar to the one currently spoiling the Gulf from occurring. The Blowout Prevention Valve (BOP) that failed on the Deepwater Horizon platform is significantly different than the Subsurface Safety Valves in use by the majority of platforms off Califonia's coast. These valves are installed upon completion of drilling and the BOP is used as a temporary failsafe during the drilling process.

Only one platform off the California coast is currently conducting drilling operations and utilizing a BOP device. But even this BOP is different than the one that failed in the Gulf. The Deepwater Horizon Platform in the Gulf was a movable semi-submersible platform that utilized a sea-floor level BOP. All platforms off California are permanent facilities, anchored directly to the seafloor, and operate with a BOP at the platform level, which makes it much easier to access, repair, and control in the event of catastrophic equipment failure.

MMS explained that the drilling climate in California is stricter than in the Gulf of Mexico, due to heightened environmental awareness, anti-drilling sentiment, and the presence of multiple “watch dog” organizations. Equipment off California is held to a stricter standard and tested more frequently than in the Gulf, making an incident similar to the Deepwater Horizon oil spill unlikely.

After the Deepwater Horizon incident, MMS continues to exercise its in-place processes to make sure platform equipment is being maintained and inspected to ensure this will not happen in California or again in the Gulf.

CAW continues to pursue training and exercise opportunities with local and regional respnse agencies concerning the safety and security of offshore oil platforms. For more information on the OPLEX exercise series or if you would like to sponsor a research/exercise series, please contact Alan Jaeger at 805-989-1786

Posted by Center for Asymmetric Warfare at 10:59 PM No comments: 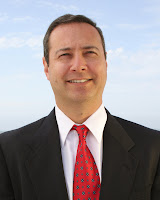 Participants in the course included members of Sector LA/LB, LA City Fire, DEA/DHS, and included Sector Commander CAPT Laferriere and LA Fire Chief Rueda. The course served as a training platform for a Port Security Full-scale Exercise to be conducted this May.

“Exercises require an independent, reliable and robust communication system that simulates local communications, using equipment that is lightweight, portable and durable,” he said. “A controlled closed circuit telephone systems allows for communicating with exercise participants over a secured transmission and is imperative for a successful exercise. “

· No external connectivity to service provider

· Compact to fit in pelican case

CAW has successfully utilized the VoIP system in exercises domestically and internationally.

Posted by Center for Asymmetric Warfare at 10:08 PM No comments: 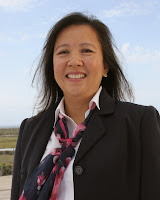 Deputy Director at the Center for Asymmetric Warfare (CAW), Joyce Borgen, attended the Naval Counter Improvised Explosive Device (CIED) Technical Forum at the Naval Support Facility (NSF) Indian Head, MD on 24 – 25 March 2010.
The Naval C-IED Technical Forum was primarily attended by analysts and developers throughout the Naval Surface Warfare Center (NSWC) community with the majority of presentations focused on the developments in C-IED technologies. NPS CAW is recognized for expertise in the execution of integrated events that focus on multi-Service and interagency coordination, which complements the Naval Postgraduate School’s on-going research efforts in support of Joint Improvised Explosive Device Defeat Organization (JIEDDO) requirements.
Posted by Center for Asymmetric Warfare at 10:04 AM No comments: 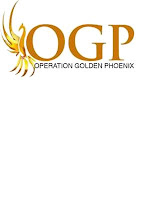 Local Public Information Officers (PIO) Design Training Team Members discussed the roles the PIOs will be playing in the upcoming Operation Golden Phoenix 2010 (OGP-10) exercises and events at their recent meeting on 6 April.

The meeting included representatives from the Center for Asymmetric Warfare (CAW) who is organizing OGP’s events and exercises and President Dave Lamensdorf of Safe Environment Engineering ICBRNE SME – Department of Homeland Security.

This program, which will use a weapons of mass destruction scenario as its baseline event, addresses the need to reduce communication gaps between local, state and federal systems. It is an annual large-scale training and demonstration exercise whose purpose is to provide first responders and emergency managers, federal, and military assets an opportunity to validate local, state and federal capabilities.

Posted by Center for Asymmetric Warfare at 10:08 AM No comments:

Promote Your Page Too